September and October were two very busy months as we worked on our new video for Pot a Doodle Do.

Sky Vantage Productions owners, Ollie and Alice Cowgill headed the team and they regularly came to Pot a Doodle Do with cameras and drones with a view to getting some fantastic footage for the video.

There was a really nice family staying in the Grand Canyon Deluxe Wigwam (coincidentally called Cowgill too) and they very kindly agreed to be filmed for the video.

They were filmed as they entered the wigwam and then having Toast and Coffee for breakfast.We are very grateful to them for the time that they dedicated to our video.

Sarah Jane, our Art Studio Assistant was filmed painting a cappuccino cup and saucer and her grandson Freddie also assisted with the filming on the swing and slide in the play park.

To get filming of the BBQ hut we decided to have a fun night in there. Ollie filmed us all going into the hut and then John was filmed throwing a steak on the BBQ.  We all had a great night of fun and laughter, consumed some really well barbecued steaks and burgers –oh and a few glasses of prosecco and red wine to go with it!  Chris even gave us a song or two with his Ukulele .A great way to film the hut.

Our friend Chris who is a great fisherman, agreed to cast out on the fishing lake as the drone was overhead so that Ollie could get an aerial view of the lake.  We didn’t think the lake was so big until we saw it from the aerial view.

The footage then heads over the sand dunes to capture our beautiful beach at Cocklawburn and shows the waves splashing on the sand before finishing with a backdrop view of the farm.

We are truly grateful to Ollie and Alice at Sky Vantage Productions for the superb video they have put together for us and we hope that you enjoy it as much as we do. 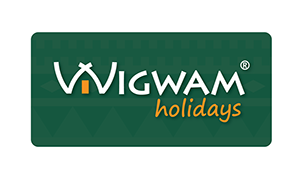